*this blogpost is one of my reading summary series of History of Western Philosophy. For chapter 7, you can read here.

Anaxagoras was an Ionian. He was born in Clazomenae, Ioania, about the year 500 B.C., but he spent thirty years of his life in Athens from 462 to 432 B.C. He was the first to introduce philosophy to Athenians and the first to suggest mind as the primary cause of physical changes. (p. 68) 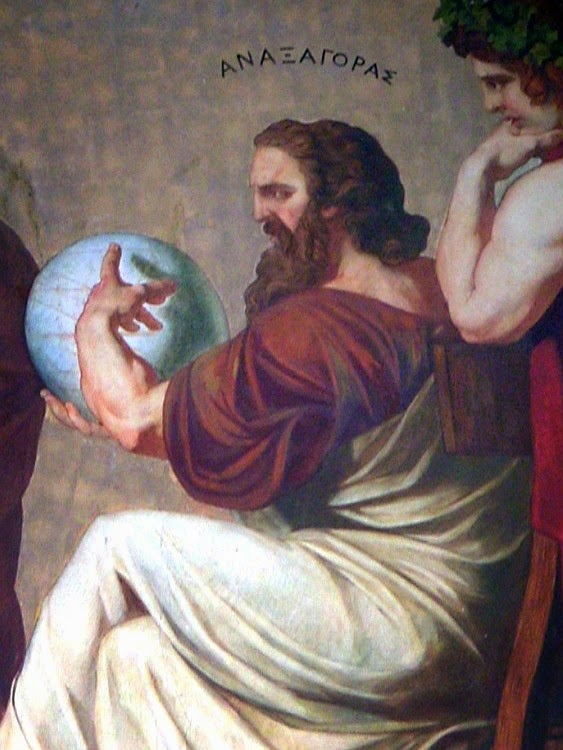 picture was taken from Wikipedia

Anaxagoras held that everything is infinitely divisible, even the smallest part of matter still contains element. Things appear to be that of what they contain most. For example, everything contains Fire, but it will be called Fire if it has bigger portion element of Fire among other elements.

Because I'm too lazy to rephrase what I've read, I think I'll just quote here what Russell discussed about Anaxagoras thought about mind:

He differed from his predecessors in regarding mind (nous) as a substance which enters into the composition of living things, and distinguishes them from dead matter. In everything, he says, there is a portion of everything except mind, and some things contain mind also. Mind has power over all things that have life; it is infinite and self-ruled, and is mixed with nothing. Except as regards mind, everything, however small, contains portains of all opposites, such as hot and cold, white and black.

Mind is the source of all motion. It causes a rotation, which is gradually spreading throughout the world, and is causing the lightest things to go to the circumference, and the heaviest to fall towards the centre. Mind is uniform, and is just as good in animals as in man. Man's apparent superiority is due to the fact that he has hands; all seeming differences of intelligence are really due to bodily difference. (p. 69)

Anaxagoras maybe was an atheist because he seldom thought about ethics or religion. In science, he was the first man who explained that the moon shines by reflected light, although there was another claim said that Parmenides also knew this. Anaxagoras had precise theory about eclipses and he knew that the moon was below the sun. He also said that the sun and stars were fiery stones, but we didn't feel the heat because they were too distant from us. He claimed that the sun was larger than the Pelopennesus. He also said that the moon had mountains and inhabitants.

For this chapter, Russell concluded:

Anaxagoras is said to have been of the school of Anaximenes; certainly he kept alive the rationalist and scientific tradition of the Ionians. One does not find in him the ethica and religious preoccupations which, passing from the Phytagoreans to Socrates and from Socrates to Plato, brought an obscurantist bias into Greek philosophy. He is not quite in the first rank, but he is important as the first to bring philosophy to Athens, and as one of the influences that helped form Socrates. (p. 70)

There's not much to talk about Anaxagoras, so that's all from this chapter. Next on chapter 9 we'll meet The Atomists. Stay tuned! \m/
Email Post
Labels: Book Philosophy Prattle 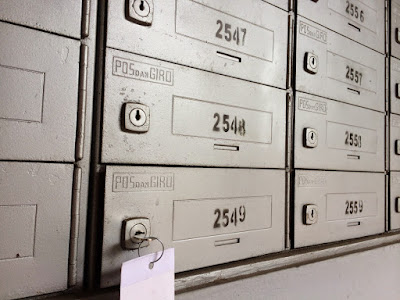 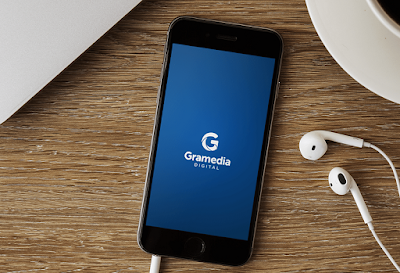